いらっしゃいませ～！
welcome to my LiveJournal

my LJ is semi-friend locked

I STOP RECEIVING FRIEND REQUEST FOR THE MEANTIME


before you add me please make sure you leave a comment in this post,
or else i won't add you back

As always chinese fans already got their copy.. and spoiler everywhere.... (--;)

I can't wait to watch the whole DVD!

especially because of this.... 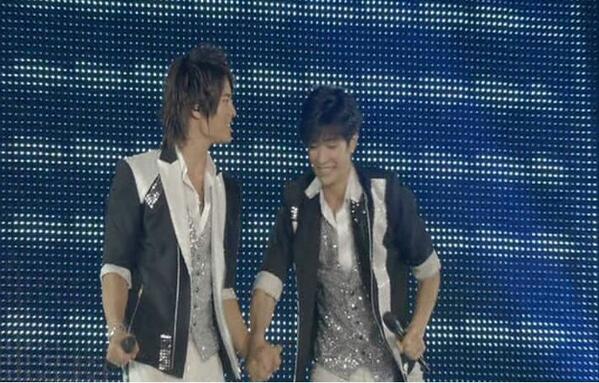 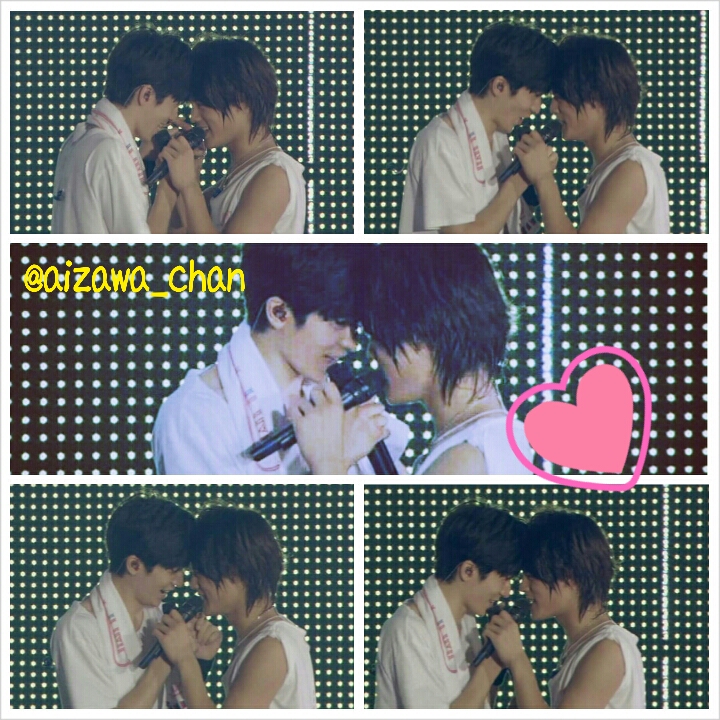 Finally this okajima feeling is back XDD

Posted via LiveJournal app for Android. 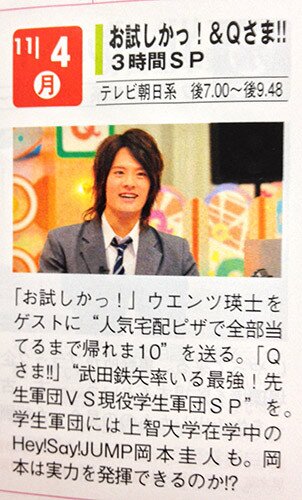 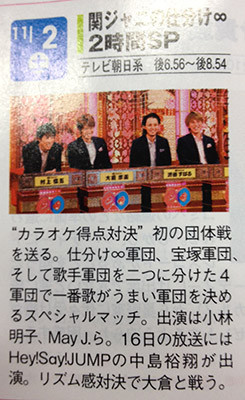 
CAN'T WAIT FOR THESE SHOWS!!!

Tbh, still a bit sad that my fav anime in last season is end already. I miss makoto

and Kimi no Iru Machi has also ended

I have watched Kimi no Iru Machi - Tasogare Kousaten as well

Fruits Basket. I finished watching this one too. Not that interesting but good enough. Idk what to comment about this anime lol

It's really good anime! Because the genre is comedy romance XD I want to be like Aoi-chan

She is so kind, mature, and polite. If I were a boy I want to marry someone like her xD And I want to have a fiancee like Kaoru-sama too!!

Idk when I'll be able to catch up until the 2nd season XDD But I really like this anime too! I like it from the first time i watched the 1st ep. Somehow it reminds me of Buzzer Beat XD
I like Kuroko

Somehow, for me, he looks lil bit similar with Makoto. His eyes!!

And he is too 'INOOcent' and honest XDD
So for this season, I will follow Kuroko no Basket 2 too

Golden Time. I watched the 1st ep and it's pretty interesting. So for this season I will follow this anime as well

Because it's comedy romance anime

Meganebu. I watched the 1st ep, but I didn't find it interesting. I don't really like it

It's an edutainment show just like Hyakushiki, Shumatsu YY Jumping, etc. And there are Juniors there. I like Jesse from long time ago, but after watch this show, now I fall for Shoki too. He's so adorable

I never noticed that he's a Johnnys XDDD

Hyakushiki is end. It's changed to be a new tv show called モウソリスト the cast is still the same with Hyakushiki, but Fujigaya is now replaced by Shintaro

Yuto in Fukaii Hanashi was so cute, as always. I like his reaction

Next month's Shokura he will appear again with Yabu and the guest is Yamapi, if i'm not mistaken xD


Idk what to flail about Johnnys anymore LOL. Since I don't really follow Johnnys recently

So that's all~ Haha

I'm so saddddd cuz it's the first time i'm so into anime and it's bcz of Free! but now it's over

I'll be missing this smile 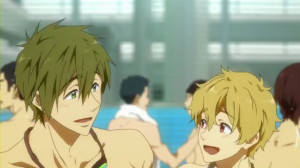 See you again next year! 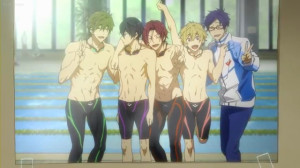 Hopefully there will be Free! 2 summer next year!

I still don't know what anime I will follow this autumn.. maybe megane-bu. It sounds interesting, but idk XD

As the title said, i want to rant about Anime and JUMP fandom this time. Hehehe

Anime
Finally, as the recommendation from

katrinasacay I finished watching Hanasaku Iroha. It's a good anime. I like the story and how they working hard at their job. I want to be like Ohana-chan. I want someone like Kou-chan too LOL

Now I currently following Fruits Basket. It's so funny. Haven't finished watch it so I can't give any comment yet. lol

And Free! is always interesting every week. In ep 10 we can see that Rei-chan got jealous towards Rin-chan xD I can't wait to the next ep already!

So does Kimi no Iru Machi. I'm excited for the next ep already! But the ending of ep 9 is lil bit yabai xDD

JUMParty 3
Maybe most of you already watched it too, but if you haven't, I'm sorry cuz i'm going to give you spoiler here lol
I've watched it 3 times haha

This time they're playing bowling! And as always the 9 of them is divided into 3 groups. This time their groups named: Hey!, Say! and JUMP so not creative lol. Here's the member of each group 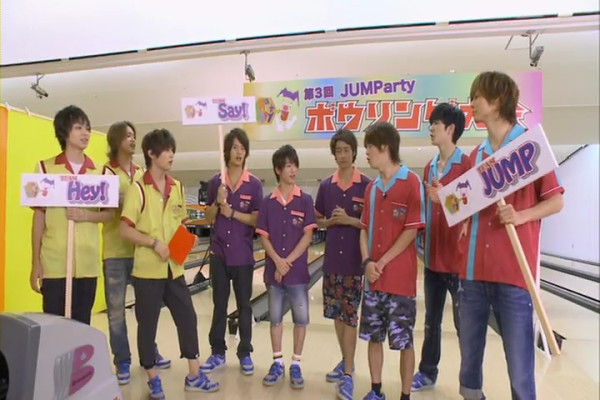 Shokura
It's been long time I didn't watch shokura. Because tbh I don't really like the current shokura. It's indeed longer than the previous one but JUMP appearance is getting shorter there. Junior ni Q corner is now with ABC-Z

And it's no more Daichan there. Shokura without Daichan is so lonely. And because I don't really like kansai Jr, so for me the Kansai Jr corner is unnecessary

But last week I watched shokura again, it's because of Yuto, ofc

Because last week's theme was "global" so in the opening Jesse speaks in English. 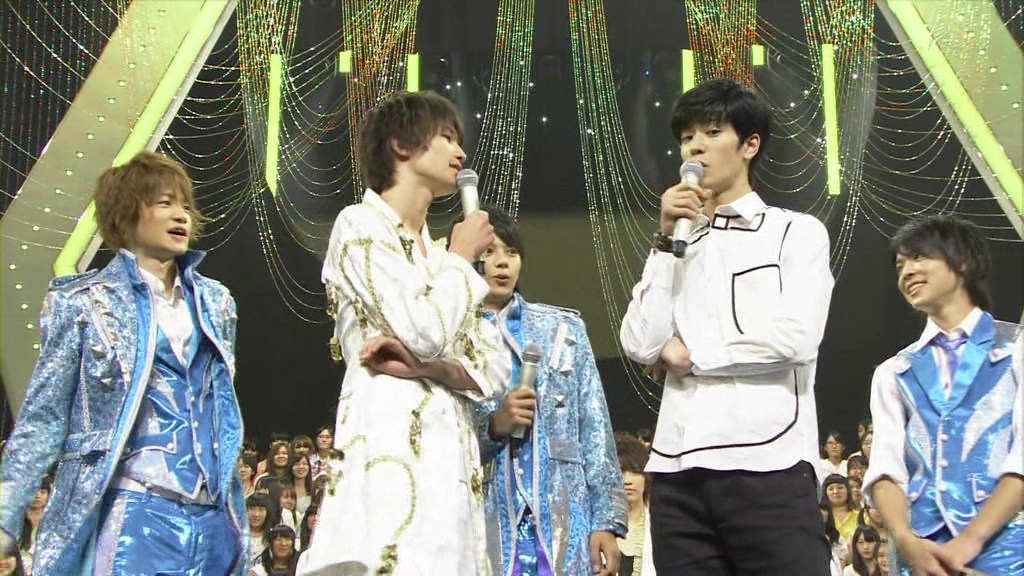 What really amusing was when Yuto asked Jesse in Japanese, Jesse answered it in English. Yuto seemed he understand what Jesse said but actually he doesn't understand it at all hahahaha
And don't you think Yuto lil bit looks like (Nishikido) Ryo-chan in the pic above? Or it's only me? lol

Because Makoto Senpai is just too perfect asdfghjkl

*the end of my life*

I've never really into anime like this before. Because I'm just too tired of being Jani-wota.
Because of keito, tbh.
I really disappointed. But the Jimusho disappointed me even more.
That's why.

I watched bunch of anime recently.
Skip Beat, Suki tte ii na yo, Special A (i really like this anime! Hikari is so pretty XD), Kaichou wa Maid-sama, Tonari no Kaibutsu-kun,
And currently still watching Gakuen Alice and Clannad too xD
I'm so late.. I know XD

But for this season I'm following Free!, Love Lab, Kimi no Iru Machi.
Free!; because the story is good. And they're Ikemen xD Makoto is my fav character there. And Nagisa is also so cute!! In my mind Nagisa is Daichan xD Because they're pretty similar. They're small, urusai, and so cuteeeee >w<
Love Lab; because it's really funny and silly xD
Kimi no Iru Machi; I like the story. Make me curious. But yeah, lil bit echi. haha

If you have recommendation of good anime, please do tell me XD
I like shojo anime most lol

And this Nagisa and Makoto senpai are just too cutee!!!! AAAAAAAAAAAAAAA

pics and gifs are not mine

Time flies so fast. that chibi yuto is now an adult.

I know you might never know that I'm exist here, but i keep supporting you

More good in drumming and photography

Please be a good adult.
AND DON'T BE LIKE KEITO!

Please stay cute and random. I love your randomness most

I LOVE YOU MORE THAN A FAN AND IT HURTS

To be honest, this post is only an excuse to show my new sexy keito icon XDD *kicked*

But as the title above, in this post i'll be talking about dramas i currently follow this season